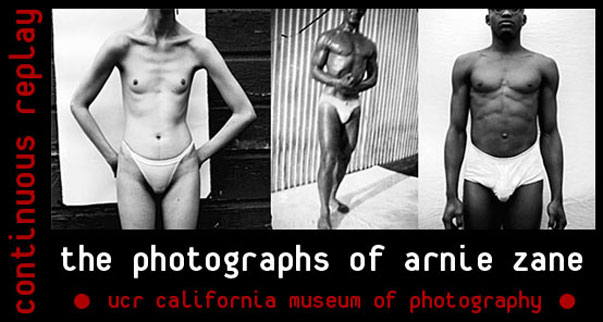 The Photographs of Arnie Zane


The collaboration of Artie Zane and Bill T. Jones was a creative interchange that explored movement, gender, race, and politics in late twentieth-century dance. Zane\'s photography examines the body\'s physicality, sexual identity, and potential for harboring beauty and decay. From 1977 until his death from AIDS in 1988, Zane\'s primary focus moved from photography to dance, though he continued to include photography and slide projections into his danceworks.