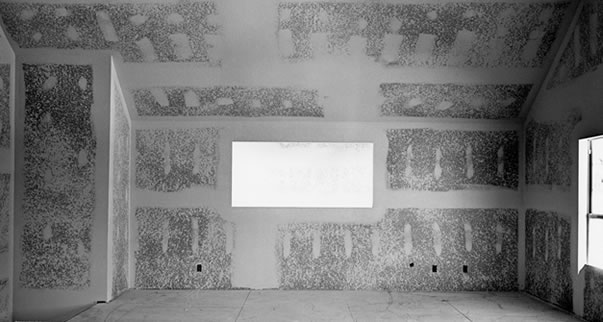 
Thirty years ago, in 1979, as he completed his photographs of a ski resort being built in Park City, Utah, Lewis Baltz was in the middle of the middle of his most productive period. Four years earlier he had finished a series on The New Industrial Parks of Southern California, and four years later he would complete his study of San Quentin Point, a dump site where a notorious prison once stood. He thought of the three projects, he said, as a 'trilogy'. Where Ansel Adams, Baltz's most famous predecessor in the photography of Western vistas, had seen the American landscape as pure Romance, Baltz now saw it as a Tragedy, since that is the art form for which the term trilogy is customarily reserved. The photographs of jimcrack 'luxury' housing under construction at the foot of ski trails in Park City show us where the tragic flaw lay in the American character.


Gift of Edward and Melinda Wortz