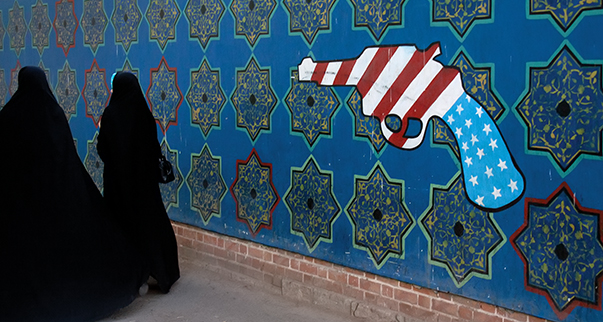 A photographic itinerary through Iran, North Korea, and Cuba


New photographs by Roberto Fumagalli explore everyday life in Iran, North Korea, and Cuba spanning the years 2003-08. Fumagalli’s images touch on political changes during George W. Bush’s presidency through current issues and President Barack Obama’s re-election. The notion of an “Axis of Evil” occupies a pivotal position in this group of works and reveals underlying questions about how and for what purposes such slogans are employed by politicians. Fumagalli’s striking and poignant photographs from states in the midst of political turmoil urge the viewer to question common assumptions and beliefs. This exhibition critiques the global perception of the United States and the role it has assumed in relation to other countries, thus providing the viewer with a unique framework with which to reconsider the world we live in.

Blockaded is organized by the California Museum of Photography at UCR ARTSblock. The exhibition was made possible with generous support from Doug Magnon.