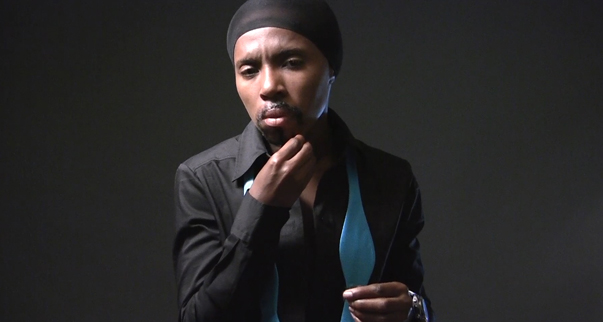 
Admission to the opening reception is free to the public.

T R A N S is a fraction of the work presented in the exhibition Second Wave: Aesthetics of the 80s in Today’s Contemporary Art at the Culver Center of the Arts and the Sweeney Art Gallery from November 14, 2015 through March 19, 2016. It observes media’s influence on performative gestures associated with masculinity and femininity. Channeling the hypersexualized media advertising of the 1980s, artist D. Hill presents the state of trans sexuality from a female perspective through the juncture of sex, beauty and gender.

The Culver Center Digital Mural Project 2015-2016 series is curated by Jennifer Frias, Associate Curator, Sweeney Art Gallery at UCR ARTSblock. The Culver Center Digital Mural Project at UCR ARTSblock's Culver Center of the Arts presents a series of changing projects on the two screens inside the façade's glass kiosks that face the pedestrian mall. These projects are an opportunity to extend ARTSblock programming into the public space. UCR's College of Humanities, Arts and Social Sciences (CHASS) and the City of Riverside have provided support.