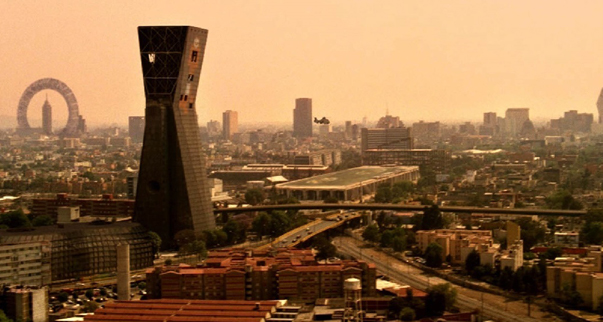 The first installment of a planned trilogy, director Francisco Laresgoiti's speculative sci-fi thriller finds the son of a powerful general caught in the middle of a raging class war between the privileged elite, and the downtrodden masses. In the year 2033, Mexico has become a fascist state. As the upper classes partake in debauched parties and amuse themselves by using the poor for target practice, a highly addictive drink called Pactia keeps the working class under control. Meanwhile, the religious minority forms a resistance movement, and finds an unlikely ally in the guise of privileged military brat Pablo. Despite his sheltered upbringing, Pablo knows the difference between good and evil. And once a line is drawn in the sand, he is compelled to turn against everything he's ever known in the fight for the future of humanity.