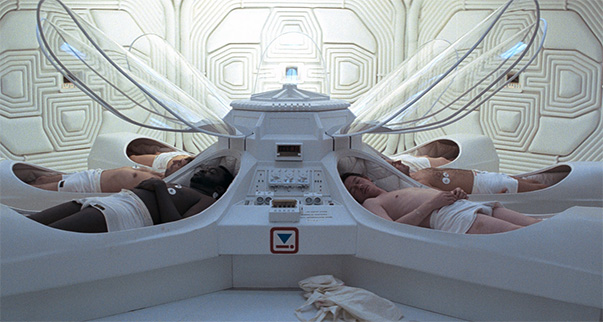 
"The rerelease of Alien in a director's cut 24 years after its debut turns out to be a great corrective to prevailing warps in movie space and time. In one dimension, the classic sci-fi thriller's wide-screen grandeur and director Ridley Scott's verve in filling his huge canvas with elaborate, abstract landscapes is an upside-the-head rebuke to home viewing. And the movie's tantalizingly slow, oozing pace is a heartbeat-tripping reminder that today's sped-up blockbuster conventions may improve on speed, but not on thrills. Even the rib-ripping birth scene unfolds at a tempo more familiar to a waltz than a rupture. Pay attention to the enhanced sound mix, which may be the most important cleaning job of all; silence and score have never twined so hauntingly." - Lisa Schwarzbaum, Entertainment Weekly.