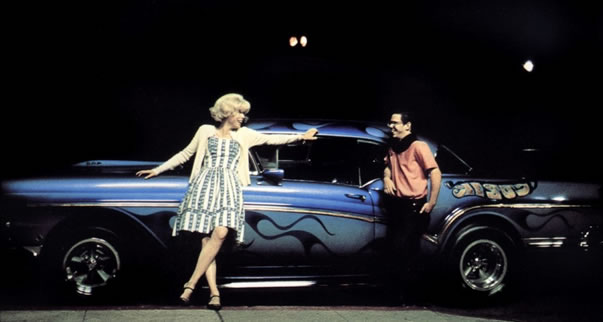 
At this screening of the 1973 classic American Graffiti, the two people who wrote the script with George Lucas, Willard Huyck and Gloria Katz, will discuss the making of the film and the many trials and tribulations the project faced. It's a story as episodic and hilarious as the movie itself. From the first treatment to the final script, Huyck and Katz collaborated with Lucas, whom Huyck had known from the film school at USC. Although the film was rejected by a number of studios before it finally got made, with Francis Ford Copploa as producer, on a miniscule budget of less than a million dollars, it became one of the largest grossing movies of all time. It also made the careers of Harrison Ford, Richard Dreyfuss and Ron Howard as well as Cindy Williams and Candy Clark. The husband and wife team of Huyck and Katz went on to co-write other scripts for Lucas, including Indiana Jones and the Temple of Doom and one of the films in the Star Wars series. Then they branched out on their own as the producer-director team that created, among other films, ˆ.