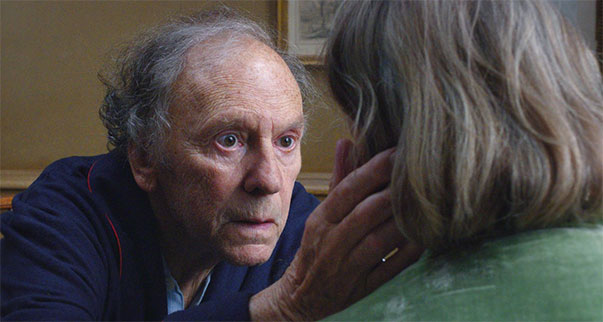 
Georges and Anne are in their eighties. They are cultivated, retired music teachers. Their daughter, who is also a musician, lives abroad with her family. One day, Anne has an attack. The couple's bond of love is severely tested.

"As remarkable as Haneke's films are, not a one has been as transcendently generous as Amour, which was nominated for five Academy Awards. This drama - starring luminaries Jean-Louis Trintignant and Emmanuelle Riva - rides on a disarmingly simple premise: 'Georges and Anne are in their eighties. They are cultivated, retired music teachers. One day, Anne has an attack. The couple's bond of love is severely tested.' When this intimate portrait of aging and loss becomes too much, the clarity of the title is a balm. Love. Haneke has made a masterpiece about how it falters then rises again, how it may outlive our unkind bodies, how it too ages." - Lisa Kennedy, Denver Post


Shown in conjunction with the 2013 UCR Medical Narratives Conference.