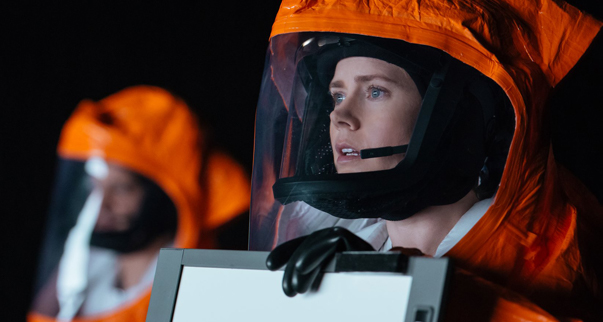 Denis Villeneuve directed this science-fiction suspense film about Earth's response to a possible alien invasion. After extraterrestrial spacecraft plant themselves at various locations around the globe, a linguist (Amy Adams) and a theoretical physicist (Jeremy Renner) must find a way to communicate with the mysterious visitors in order to learn what they want and whether they pose a threat to humanity. Forest Whitaker and Michael Stuhlbarg co-star.


This screening is sponsored by UCR Libraries, the Speculative Fiction and Cultures of Science Program, and the Science Fiction Research Association.