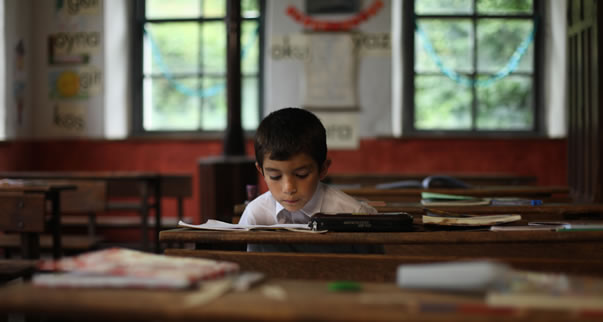 
A young boy, Yusuf, lives with his family in the remote forests of the Rize Province, near the Black Sea. When his father does not return home from collecting honey, Yusuf ventures out into the wilderness to search for him.

"Bal has no musical soundtrack (and barely any dialogue), only a quiet, unforced, organic rhythm. And those spellbinding images. Like the viewer, Mr. Kaplanoglu is quite happy to let nature do the talking and cast a lyrical, mysterious spell." - Andy Webster, New York Times
"Beautiful images and a poetic sense of yearning are the virtues of this delicate tale." - Allan Hunter, Daily Express
Winner Golden Bear, Berlin International Film Festival, 2010
Turkey's entry Foreign Language Films, Academy Awards, 2010