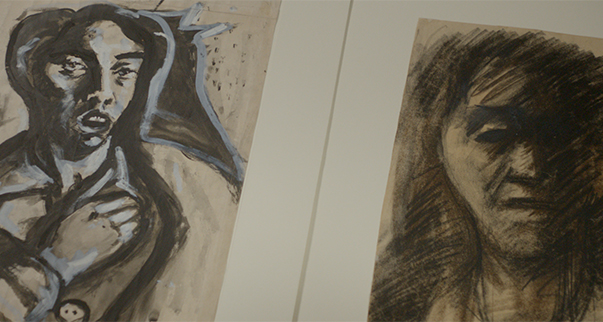 Because I Was a Painter


In 1945, when the Allies liberated the concentration camps, they discovered thousands of secretly created artworks. These drawings, hidden from the Nazis, offer an unparalleled understanding of life in the camps. Featuring interviews with surviving artists and curators this documentary considers the ability of art to capture, reflect and survive under unimaginable conditions. “The film touches on the indomitability of the human spirit and how the often clandestine creation of works of art gave birth to a remarkable paradox, as it made it possible for the interned artists to simultaneously escape their day-to-day misery and at the same time record that very wretchedness and despair for posterity.” Boyd van Hoeij, The Hollywood Reporter.