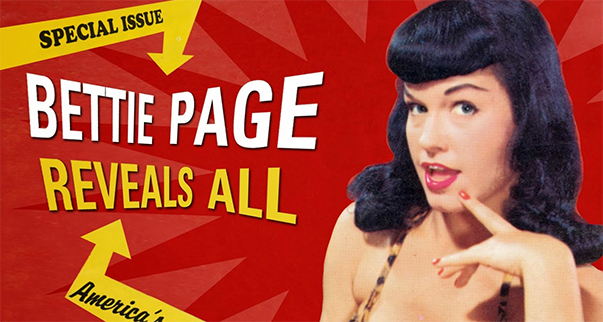 
Mark Mori’s Bettie Page Reveals All is an intimate look at one of the world’s most recognized sex symbols, told in her own words for the first time. Here the real Bettie Page emerges from the veil of myth and rumor via audio interviews. With earthy, razor sharp wit, Bettie tells her life story, from humble beginnings, to high school salutatorian, to scandalous 50s pin-up model, to shocking retirement in 1957 at the peak of her modeling career. Sharing rare details about her short-lived first marriage and many torrid affairs, this keen insider’s glimpse follows Bettie through decades of broken marriages, born-again Christianity, and bouts of mental illness, before her ultimate return to the public eye in the early 90’s, unaware of her cult status.