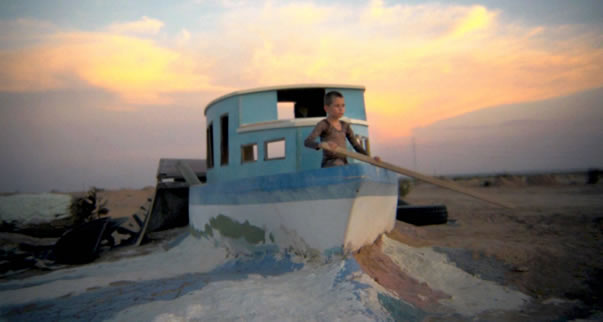 
Bombay Beach documents the lives of three protagonists living in Bombay Beach, on the shores of the Salton Sea. The film follows its three primary subjects through their daily lives, a young boy diagnosed with bipolar disorder, Benny; an aspiring teen football star, Ceejay; and Red, a former oil field worker.

Alma Har'el will be present on October 7 to introduce the film and for Q&A.
"This is an incredibly moving portrait of failed economic development and the humanity that continues to persevere even though forgotten in one of the poorest communities in southern California located near the Salton Sea. Three subjects are chosen to represent the community. Each is followed in their day-to-day routines, their interactions with families, neighbors, and friends examined in a perfectly crafted, cinema-verite style. Decayed buildings and rubble are the backdrop, but they're not the focus. Alma Har'el's debut feature showcases an assured talent. Bombay Beach offers a sincere look at people that are rarely given this attention." - The Playlist
indieWIRE Best Documentary Award, Tribeca Film Festival, 2011