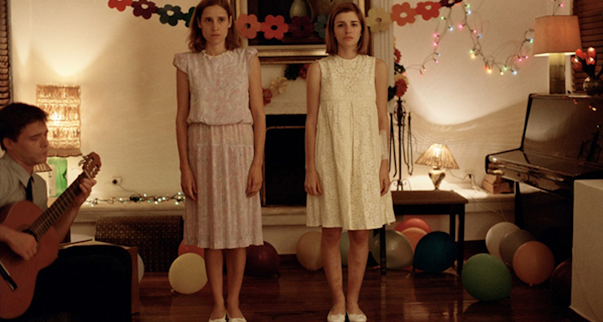 
The three children of a factory manager have been raised in complete isolation, spending their lives shut up in the family's house and learning only their mother and father's bizarre version of the outside world. As they enter adulthood, however, the three begin to test the boundaries imposed by their parents' unrelenting and often cruel domination.

"The most original, challenging, and perverse film of the year so far, Giorgos Lanthimos' artfully rigorous treatise on human condition-ing can be viewed as absurdist horror or the cruelest of comedies." - Aaron Hillis, Village Voice
"Nothing in this weird, watchable, blas black comedy from Greece stays innocent for long." - Wesley Morris, Boston Globe
Un Certain Regard, Cannes, 2009
Academy Award Nominee, 2011