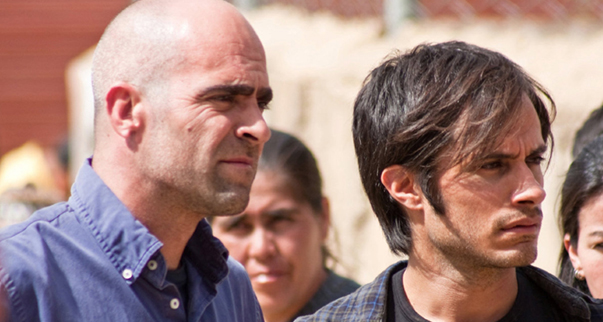 
A film director (played by Gael Garcia Bernal) arrives in Bolivia to make a revisionist film about the conquest of Latin America. His production, which relies heavily on extras cast from the local population, runs smoothly until a mass protest erupts concerning the privatization of the local water supply.

"The film is graced by a lushly evocative setting, gritty, urban scenes and fantastic performances from its gifted cast." - Ann Hornaday, Washington Post
"A film within a film within a film, Even the Rain holds up a hall of mirrors to the Third World and invites us to look in." - Rick Groen, Globe and Mail
Bridging the Borders Award, Palm Springs International Film Festival
Audience Award, Berlin Film Festival, 2011