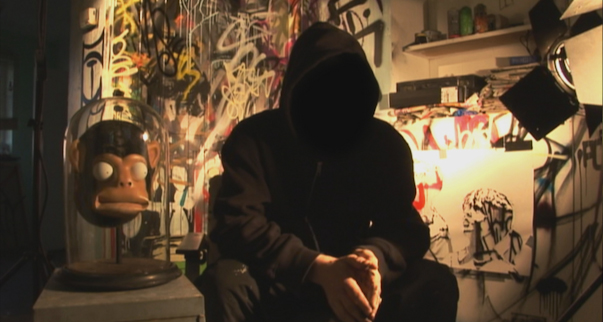 Exit Through The Gift Shop


Directed, and possibly staged, by the mysterious and mischievous graffiti artist Bansky, Exit Through The Gift Shop chronicles the rise of Thierry Guetta, aka "Mr. Brainwash", into a street art superstar.

"The only thing that may keep it from winning the Oscar for best documentary is that it may be totally untrue. Aside from that, it's a shoo-in." - Rob Thomas, Capital Times
"The film is a curiosity. It's both an attempted documentary of an artistic movement and a bemused examination about why the movie failed in that mission." - David Germain,  Associated Press
Documentary Nominee, Academy Awards, 2011