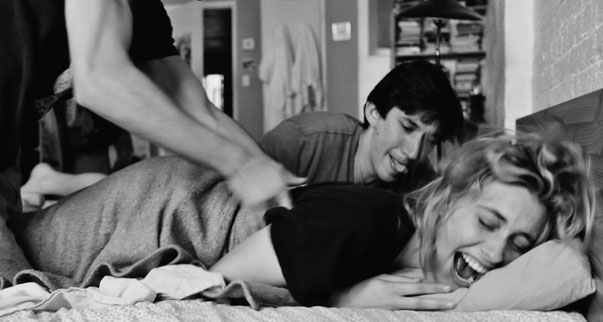 
A story that follows a New York woman (who doesn't really have an apartment), apprentices for a dance company (though she's not really a dancer), and throws herself headlong into her dreams, even as their possible reality dwindles.

“Noah Baumbach, who made an impressive directorial debut with The Squid and the Whale, continues to blaze his own trail with an effervescent little film called Frances Ha, which he wrote with its star, Greta Gerwig. A tribute to the spirit of French New Wave cinema, it’s shot in black & white. But Baumbach never positions form over content, and there isn’t an ounce of pretension here. Frances is a young woman trying to get along in New York City, where things are tough if you don’t have a solid job and a decent income—not to mention a committed relationship. But Baumbach and his cast embody a youthful spirit that makes it all work. Best of all, Frances Ha pays off with a wonderful punchline, the kind of finale that leaves the audience with a smile.” - Leonard Maltin, Indiewire