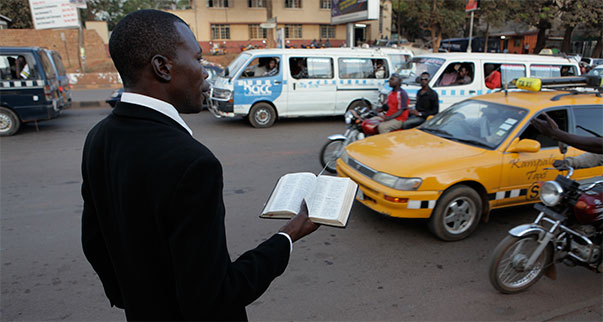 
“A searing look at the role of American evangelical missionaries in the persecution of gay Africans, God Loves Uganda approaches this intersection of faith and politics with some fairness and a good deal of outrage. With nearly half its population under the age of 15—a fertile source of unclaimed souls—Uganda is particularly attractive to missionaries. But saving them comes with a price, as we learn from Gospel messages liberally seasoned with anti-gay rhetoric and fundamentalist support for a bill that would institute the death penalty for repeat homosexual offenders. But the terrifying consequences of using the Bible to inspire homophobia seem of no concern to the missionaries.” Jeannette Catsoulis, The New York Times.