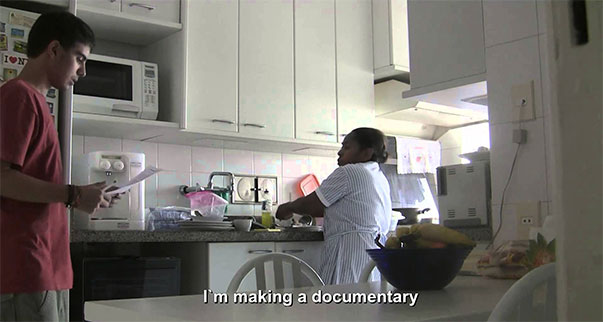 
Seven adolescents take on the mission of filming, for one week, their family’s housemaids and then handing over the footage to the director to make a film. The images that confront us uncover the complex relationship that exists between housemaids and their employers, a relationship
that confuses intimacy and power in the workplace and provides us with an insight into the echoes of a colonial past. The film breaks the long silence about the role of domestic workers in Brazilian society, forcing people from all social classes to question economic and racial privilege and inequality. “Housemaids is humorous and sensitive, while also managing to be a profound work of denunciation. This is a historic documentary.” Pedro Butcher, Folha de São Paulo.