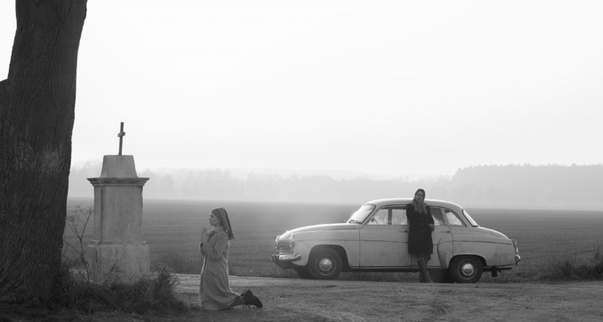 "Eighteen-year old Anna, a sheltered orphan raised in a convent, is preparing to become a nun when the Mother Superior insists she first visit her sole living relative, her aunt Wanda, a worldly and cynical Communist Party insider. Wanda shocks her with the declaration that her real name is Ida and her Jewish parents were murdered during the Nazi occupation. This revelation triggers a heart-wrenching journey into the countryside, to the family house and into the secrets of the repressed past, evoking the haunting legacy of the Holocaust and the realities of postwar Communism. In this beautifully directed film, director Pawlikowski returns to his native Poland to confront some of the more contentious issues in the history of his birthplace." Music Box Films
Best Film, London Film Festival, 2013
On Saturday, immediately following the 3pm matinee showing, acclaimed Hollywood screenwriter and producer Agatha Dominik will lead a discussion reflecting on the film’s production and significance.
Agatha Dominik was born in Poland and earned her MA in Theater Arts at the State Theater Academy in Warsaw. She has worked as an executive at TriStar Pictures and as a Vice President at Summers-Quaid, actor Dennis Quaid’s production company. She produced the supernatural thriller Hideaway based on Dean Koontz’s bestseller and starring Jeff Goldblum and Christine Lahti. Since becoming a full-time screenwriter, she has written features for Dreamworks, Warner Brothers, Universal, Fox 2000, and Miramax. Specializing in book adaptations, Dominik has collaborated on several projects with the Oscar-nominated Polish director Agnieszka Holland. In 2006, Dominik wrote a highly regarded miniseries for Lifetime Television, Human Trafficking. Helmed by the acclaimed TV director Christian Duguay, and starring Donald Sutherland, Robert Carlyle, and Mira Sorvino, Human Trafficking was the highest rated original cable movie of the year, and received several Golden Globe and Emmy nominations. Collaborating again with Duguay, Dominik wrote the feature Boot Camp, as well as the international miniseries Cinderella. For Lifetime, she wrote the prestigious miniseries Victoria Woodhull and the suspense drama Left Behind, both based on true stories. The latter aired in 2012, with Barbara Hershey and Rachel Lee Cook in starring roles. Last year, Dominik finished writing two features and two more miniseries.