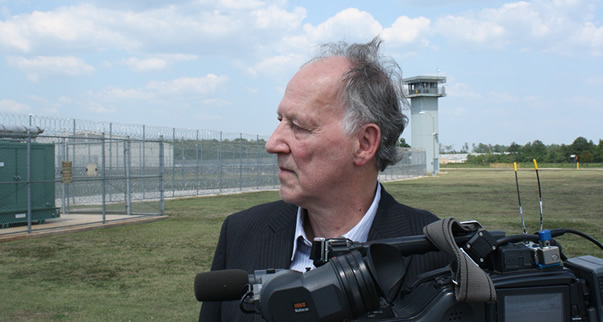 
Werner Herzog's examination of the "moral chaos" of state executions takes convicted killer Michael Perry as its subject, and includes interviews with his victim's relatives, the prison's chaplain, as well as a former prison executioner. The result is a film that looks at why people kill and why the state does as well.

"Herzog is pursuing no agenda with Into the Abyss, despite his opposition to extreme judicial measures. He's seeking to answer the question of why people kill, especially in a situation such as this where the reason for the murders was so meaningless." - Peter Howell,  Toronto Star "
"The abyss here isn't capital punishment, the ostensible subject of the film; it's the seemingly unending capacity for causing and enduring pointless misery that humans seem to have." - Tom Long,  Detroit News
Best Documentary, British Film Institute London Festival, 2011