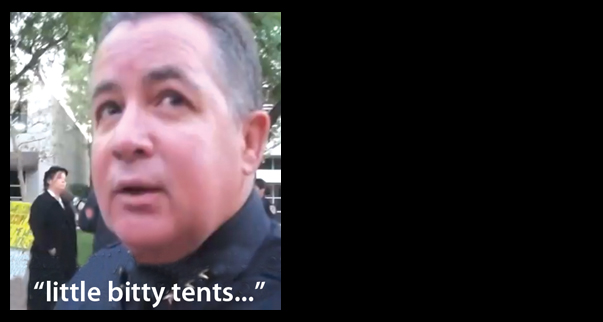 
Culver has expanded it public screenings with a film series showcasing Inland Empire filmmakers on the second Thursday of each month at 7:00 pm. The filmmakers will be present to discuss their projects. Admission is $5.00. Other special screenings, some with free admission, will also be added occasionally on week nights.

Riverside's own quirky and provocative artist John Dingler - well known for his critical and socially themed paintings and sculptures - has been quietly making short films that he calls moviettes. These alternately politically biting and lyrically beautiful short pieces will now be presented for the first time as an extended meditation on Riverside itself. A fl'neur with a camera, Dingler haunts on Riverside's streets finding splendor and oddity, even encouraging Police Chief Sergio Diaz to suggest a conceptual art installation: Tiny Tents on the Mall. If you love Riverside but want an unorthodox view of the city, this is not to be missed.