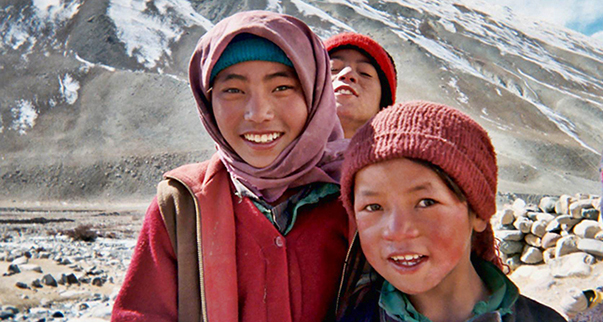 Buy Tickets Button Is Down, but seats are Available! Frederick Marx will be present at the screening.

“Journey From Zanskar follows a Tibetan monk whose vow to help liberate beings from suffering starts at home, in Zanskar. High in the mountains in the northwest corner of India, Zanskar is a small island of Tibetan Buddhism surrounded by a sea of Hinduism and Islam. The monk wants to take poor children from Zanskar to a town where they can receive a Tibetan education. The film’s drama stems from Zanskar’s inaccessibility. All the routes out are difficult and dangerous. The movie, directed by Frederick Marx, with a voice-over narration by Richard Gere, featuring the Dalai Lama, documents the difficult journey across the mountains. Mr. Marx shines a light on a way of life that is rapidly changing.” Rachel Saltz, New York Times.