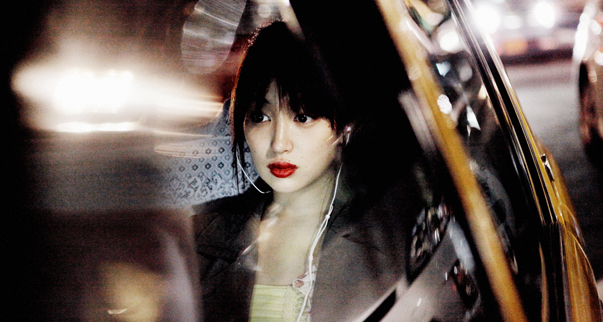 
Like Someone in Love revolves around the brief encounter between an elderly professor (the wonderful 81-year-old stage actor Tadashi Okuno, here playing his first leading role in a film) and a sociology student (Rin Takanashi) who moonlights as a high-end escort. Dispatched to the old man by her boss - one of the professor's former students - the young woman finds her latest client less interested in sex than in cooking her soup, talking, and playing old Ella Fitzgerald records (like the one that gives the film its allusive title).

"According to Scorsese, cinema is a matter of what's in the frame, and what's out.' The Iranian filmmaker Abbas Kiarostami applies this axiom with particular rigor. In the first scenes, we are very aware of what is not in the frame. We are in a Tokyo bar, listening to conversations that involve a woman we cannot see. In due time we will learn that she is Akiko, a university student working as a call girl. But that initial disorientation, the sense of being in Akiko's presence without knowing her, sets the tone for this elusive, formally meticulous and surprisingly powerful movie. The structure of the film is fairly straightforward. Yet every shot - everything you see, and everything you don't - imparts a disturbing and thrilling sense of discovery." - O. Scott, New York Times