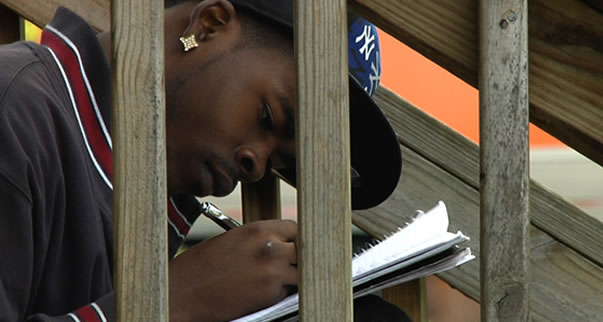 Louder than a Bomb


Louder Than a Bomb tells the story of four Chicago high school poetry teams as they prepare for and compete in the world's largest youth slam. By turns hopeful and heartbreaking, the film captures the tempestuous lives of these unforgettable kids, exploring the ways writing shapes their world, and vice versa.  Louder Than a Bomb is not about "high school poetry" as we often think of it. It's about language as a joyful release, irrepressibly talented teenagers obsessed with making words dance. While the topics they tackle are often deeply personal, what they put into their poems - and what they get out of them - is universal: the defining work of finding one's voice.