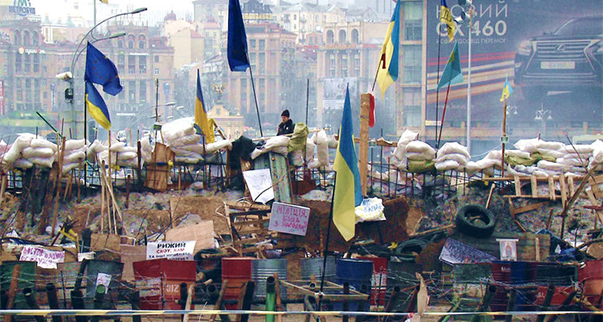 
“It’s the chilliest standoff between Russia and the West since the Cold War. More than 5,000 people have died in the Ukraine conflict. This doc takes us back to January 2014, and so close to the action that your eyes will sting from the burning tyre smoke. Maidan is hard work, with no voiceover or interviews and just the odd scrap of information written on screen to guide you through. Like a people-watcher in the crowd, the camera simply observes. Molotov cocktails fly and the police turn tear gas and water cannon on the protesters. Over the sound system comes an awful message in a calm but insistent voice: ‘Doctors needed. There is an operating theatre in Kiev City Hall. If you hear us. Please. Doctors.’” Cath Clarke, Time Out London.