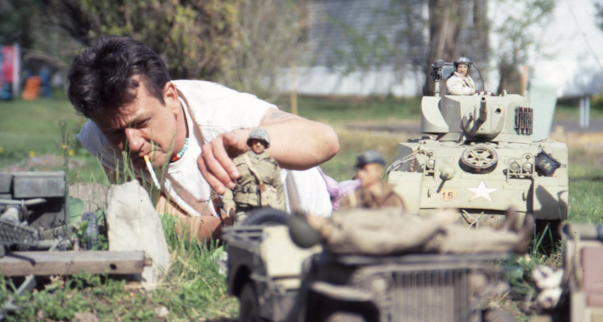 
After a vicious attack leaves him brain-damaged, Mark Hogancamp seeks recovery in "Marwencol", a 1/6th scale World War II-era town he creates in his backyard.

"Marwencol poses penetrating questions about art, outsider status, and the mysteries of the human brain." - Sheri Linden, Hollywood Reporter
"Director Jeff Malmberg sees something in Hogancamp that he wants all of us to see, an imperfect human scarred by horrific trauma who nonetheless finds a reason to live." - Bruce Demara, Toronto Star
Judges Choice Award, SXSW, 2010