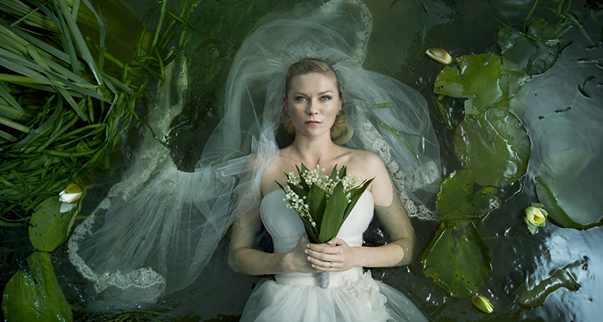 
The title of von Trier's Melancholia refers to both, the name of a rogue planet that appears to be on a collision course with Earth, and the crippling depression of the film's protagonists Justine. Broken up into two parts, the film moves from Justine's severe depression and disastrous wedding reception into her sister's all-consuming anxiety about the potential apocalypse. "Lars von Trier has created a deeply personal examination of the the extremes of depression. This isn't a film about the 'global' end of the world. It's a film about what the end of the world inside one person feels like." - Eric Melin,  Kansas City Star

"Apocalyptic visions are nothing new in cinema, but they're almost always epic in scale; Von Trier's innovation is to peer down the large end of the telescope, observing the end of the world in painfully intimate terms." - J. R. Jones,   Chicago Reader
Best Actress, Cannes, & Best Film, European Film Awards, 2011