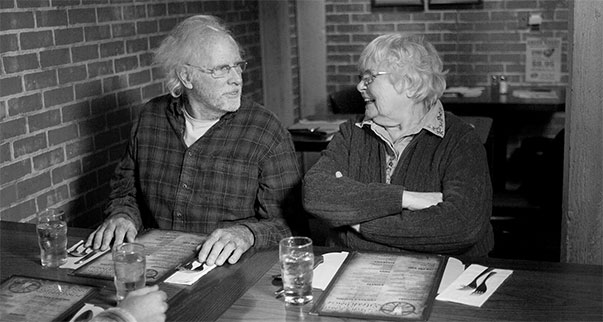 
“Have you ever thought of Nebraska as Oz? Woody Grant, played by an understated, Bruce Dern, sure has. Old Woody got one of those magazine scams in the mail claiming he’s bagged a million bucks. ‘It says I won,’ growls Woody, with an unshakable faith in what he sees in print. All he needs to do is leave his home in Montana, and head off to the prize office in Lincoln, Nebraska. From that outline, director Alexander Payne and first-time screenwriter Bob Nelson sculpt a story of the American character on the lost frontiers of trust and shame. Is this a comedy or a drama? Like life, it’s both. Deal with it. This is a movie to bring home and live with, to kick around in your head after it hits you in the heart. It’s damn near perfect.” Peter Travers, Rolling Stone.