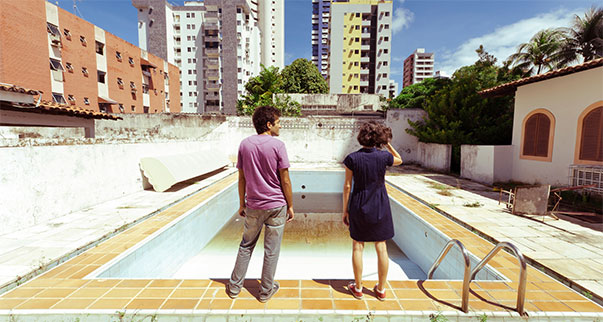 
"'Quiet! Can you hear that?' The debut feature from critic-turned filmmaker Kleber Mendonça Filho opens with a striking montage of a neighborhood in the Brazilian city of Recife. The images are ominous, alternating between slinky Steadicam tracks and eerily unwavering long shots. But it's the sounds that predominate: The cacophonous squeals of children on a playground, the nails-on-a-chalkboard grind of an electric sander, the metal-bending crunch of two cars crashing together. Filho's anxiety-inducing formal control is in full force throughout this multicharacter narrative. And there are even a few horror-movie jump scares that hint at the confrontationally sociopolitical turn the film takes in its impressively calibrated last half-hour." - Keith Uhlich, Time Out New York.