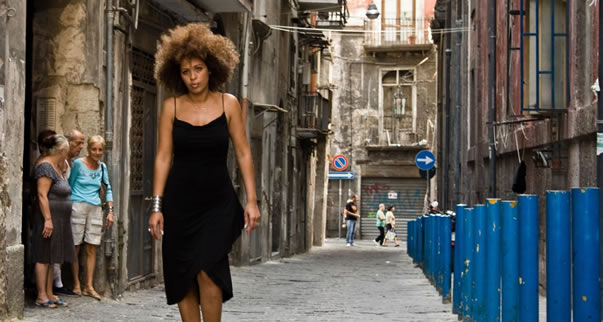 
Passione is actor/director John Turturro's examination and ode to the musical culture of Naples, Italy. The film showcases the diverse and rich history and traditions of the city, and traces the influence the music scene of Naples has had on the rest of the world.

"The music in Passione combines sensual suavity with raw emotion, mixes heartbreak with ecstasy, acknowledges the hard realities of poverty and injustice and soars above them. Naples like Havana, Rio de Janeiro and New Orleans, is a city where colliding and commingling musical cultures fused into a distinctive and continually evolving hybrid. Passione praises the spirit of its subjects, it also attends to the discipline and tenacity that makes them worth noticing." - A. O. Scott, New York Times.
Winner, Award of the City of Rome, Venice Film Festival, 2010