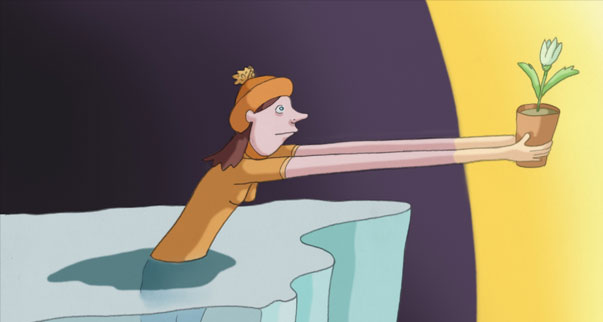 Rocks In My Pockets


“In the new animated gem Rocks in My Pockets, Latvian-born artist and filmmaker Signe Baumane tells five fantastical tales based on the courageous women in her family and their battles with madness. With boundless imagination and a twisted sense of humor, she has created daring stories of art, romance, marriage, nature, business, and Eastern European upheaval—all in the fight for her own sanity. Employing a unique, beautifully textured combination of papier-mâché stop-motion and classic hand-drawn animation (with inspiration from Jan Svankmajer and Bill Plympton), Baumane has produced a poignant and often hilarious tale of mystery, mental health, redemption and survival. Funded in part by Kickstarter backers.” Zeitgeist.