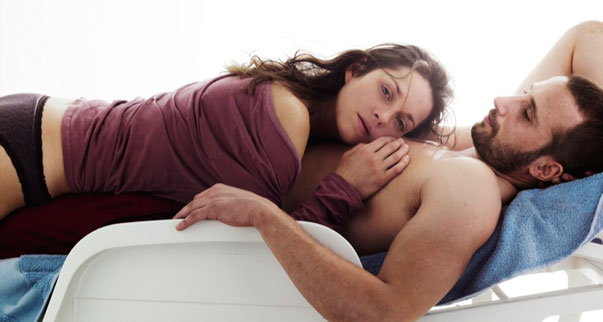 
From the director of the multi-award-winning A Prophet comes a gripping tale of two souls finding strength in each other after tragedy reunites them. Marion Cotillard (Academy Award winner, 2007, Best Actress, La Vie En Rose) plays Stephanie, an orca trainer whose life is transformed when tragedy strikes during a show. Faced with unbearable circumstances she turns to Ali (Matthias Schoenaerts, Bullhead), a street boxer fighting his own battle with life-changing events. As their stories intersect, they navigate a gritty relationship in a world where love and courage appear in many forms.

"Rust and Bone is one of those movies that never gives the audience a conventional or clear sense of where it's going. But, steered by the reassuringly authoritative French filmmaker Jacques Audiard, Rust and Bone turns out to be the best kind of cinematic ride: surprising, spectacular and shot through with tough, unsentimental compassion. It is one of the most transportingly romantic movies of the year, one that finds the most stirring emotion in struggle rather than in ginned-up melodrama or easy resolution. That's what makes an affair to remember, a reminder Audiard delivers by way of a film that, like its central characters, is unforgettable." - Ann Hornaday, The Washington Post