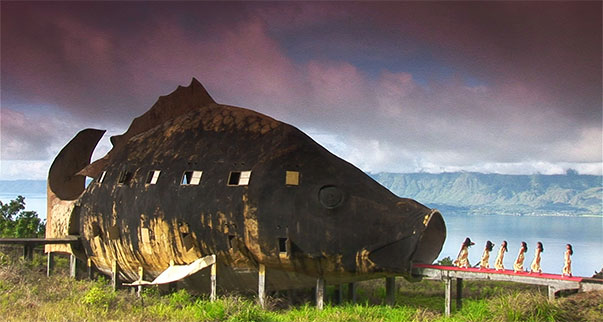 The Act of Killing


This chilling and inventive documentary about Indonesian slaughters, executive produced by Errol Morris and Werner Herzog, examines a country where death squad leaders are celebrated as heroes, challenging them to reenact their real-life mass-killings in the style of the American movies they love. The hallucinatory result is a cinematic fever dream, an unsettling journey deep into the imaginations of mass- murderers and the shockingly banal regime they inhabit.

“The Act of Killing takes more than a little getting used to. It’s a mind-bending film, devastating and disorienting, raising questions about the nature of documentary, the persistence of evil, and the intertwined ways movies function in our culture and in our minds.” Kenneth Turan, Los Angeles Times.