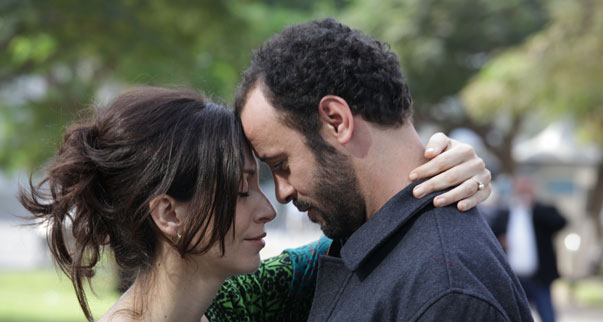 
An Arab surgeon living in Tel Aviv discovers a dark secret about his wife in the aftermath of a suicide bombing. Based on a novel by Yasmina Khadra.

“The Attack grows in stature as it unfolds and ends as a more subtle and disturbing film about love, loss and tragedy than we might initially expect. Directed by Lebanese filmmaker Ziad Doueirim, set in Israel and the Palestinian territories, The Attack’s title can be read two ways. One concerns a suicide bombing in a Tel Aviv restaurant that kills 19. It also refers to a full-out assault on everything the film’s protagonist, Israeli Palestinian surgeon Amin Jaafari, believes he knows about his own life. Alive to the pain everyone feels, the film captures the nuances of a problem that defies solution. This is finally a film about the psychological journey Amin takes and the unknowability of human nature.” - Kenneth Turan, Los Angeles Times