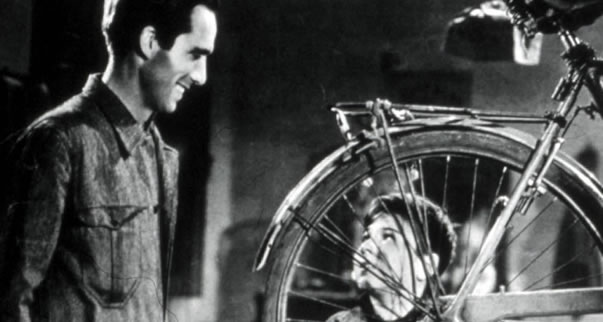 
The film tells the story of Antonio Ricci, an unemployed man in the depressed post-World War II economy of Italy. With no money and a wife and two children to support, he is desperate for work. He is delighted to at last get a good job hanging up posters, but on the sole condition that he has a bicycle which he must use for work. He is told unequivocally: "No bicycle, no job." His wife Maria pawns their bedsheets in order to get money to redeem his bicycle from the pawnbroker.