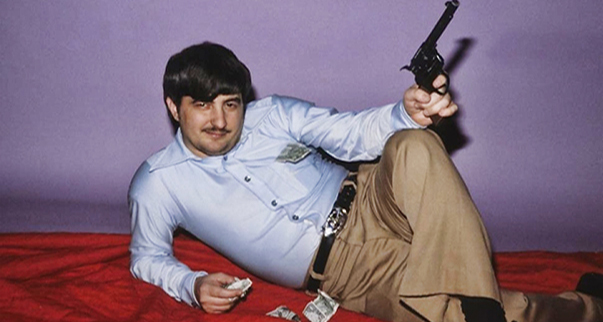 
“An intimate portrait of John Wojtowicz, the inspiration behind Al Pacino’s character in Dog Day Afternoon. Coming of age in the 1960s, John Wojtowicz took pride in being a pervert. His libido was excessive even by the libertine standards of the era, with multiple wives and lovers, both women and men. In August, 1972, he attempted to rob a Brooklyn bank to finance his lover’s sex reassignment surgery. The attempted heist resulted in a fourteen-hour hostage situation. Filmed over the course of ten-years, interweaving extraordinary archival footage on the robbery, 70s era interviews and the early gay liberation movement, the documentary captures Wojtowicz’s larger-than-life persona: he is by turns lover, husband, soldier, lover, and activist.” Drafthouse.