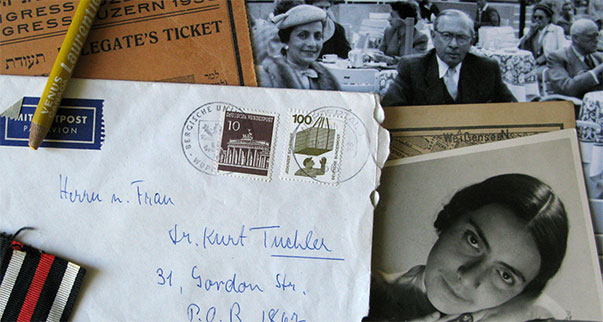 
"The Flat, a spellbinding documentary about family secrets, begins when the maker of this film, Arnon Goldfinger cleans out the Tel Aviv flat of his grandmother who had just died at 98. He finds the possessions of a lifetime, and among them, the long-ago newspaper article. His grandparents were friendly with a high Nazi official - unable to understand how this could be, Arnon begins unraveling the secrets of the past, traveling to Germany to talk to family members on both sides and historians. In the film’s closing scene, in the rain, in a German Jewish cemetery, a surprising discovery brings the enigma to an oddly poetic conclusion. 'The past is never dead,' William Faulkner wrote. 'It’s not even past.'" - Roger Ebert, Chicago Sun-Times.