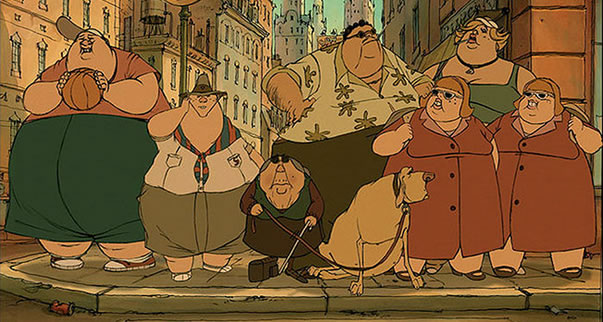 The Triplets of Belleville


An elderly woman, Madame Souza, goes on a journey with her hound Bruno to rescue her grandson, kidnapped by the mafia and taken to a town called Belleville. Along her way, she encounters an ensemble of colorful and eclectic characters, included a group of triplet sister singers. THE TRIPLETS OF BELLEVILLE, a 2003 animated film written and directed by Sylvain Chomet.