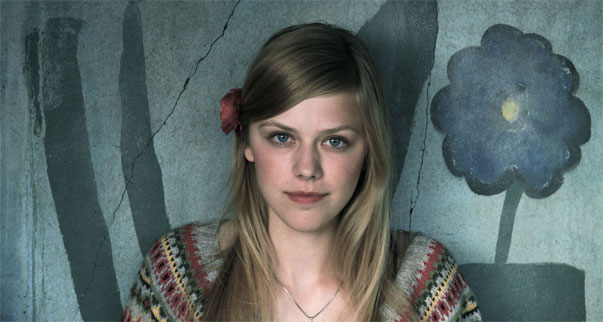 Turn Me On, Dammit!


Alma is 15 years old and overcome with hormones. Her daydreams and fantasies focus on her crush, Artur. After finally having an encounter with Artur, gossip at school begins to unravel Alma's friendships, all the while Alma's single mother tries to sort out her daughters behavior for herself.

"Alma, a jonquil-thin blonde is 15 and sprouting in the Norwegian town of Skoddeheimen, where there's one bus stop and many, many sheep. She lives with her single mother in a state of chronic frustration, sexual and social. Awash in hormones, Alma has two outlets: sexual fantasy and pleasuring herself. This disarming droll first feature from documentary filmmaker Jannicke Jacobsen, is that rare thing, a movie that says shame on sexual shame and double shame on the double standard. It is the opposite of prurient because Jacobsen encourages the audience to identify with Alma rather than to objectify her. This movie is Exhibit A in an argument that there is a difference when a woman is behind the camera." - Carrie Rickey, Philadelphia Inquirer
Winner, Best Screenplay, Tribeca Film Festival, 2011
*Subtitled