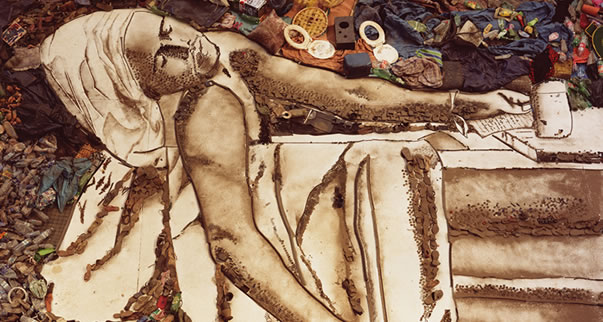 
Waste Land, from director Lucy Walker, follows renowned artist Vik Muniz's journey from Brooklyn to his native Brazil. Arriving at the world's largest garbage dump, called Jardim Gramacho and located on the outskirts of Rio de Janeiro, Muniz proceeds to photograph an eclectic band of trashpickers. These trashpickers, called "catadores", scavenge Jardin Gramacho for recyclable materials, and with Muniz they collaborate on sculpting portraits out of the junk.

"That a beautiful film could be set in the world's largest garbage dump sounds like an oxymoron, but acclaimed documentarian Lucy Walker has pulled off precisely that feat in her profoundly moving Waste Land." - Kevin Thomas,  Los Angeles Times
"One of the powers of great portraiture is its ability to make us wonder about the complete strangers captured within enigmatic works of art." - Peter Debrugem, Variety
Winner of the Audience Award for Best World Cinema Documentary, Sundance Film Festival 2010