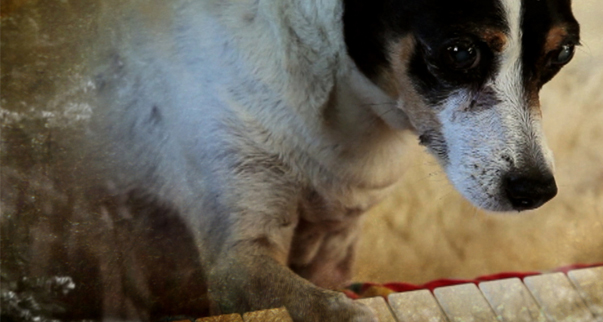 Heart of a Dog


Laurie Anderson’s Heart of a Dog is not just a movie but a guided meditation, drawing viewers into a state of peaceful contemplation from which they can consider such subjects as death, loss, and unconditional love. Over soothing music (which she composed herself), Anderson addresses these topics in tranquil, informal voice-over narration, as though engaging one in conversation. The film moves gracefully between the profound and the mundane, as Anderson digresses from her core concerns to consider such things as street life in her native Manhattan and the behavior of her dearly departed dog, Lolabelle. - Ben Sachs, Chicago Reader