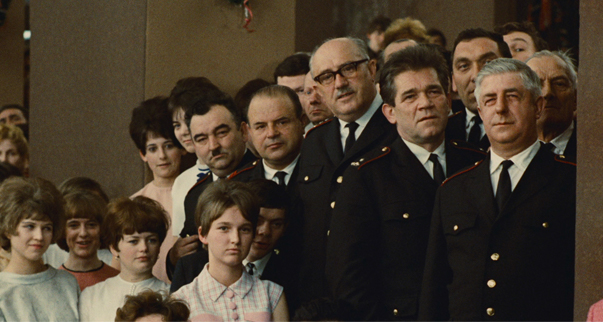 
A milestone of the Czech New Wave, Milos Forman’s first color film The Firemen’s Ball (Horí, má panenko) is both a dazzling comedy and a provocative political satire. A hilarious saga of good intentions confounded, the story chronicles a firemen’s ball where nothing goes right—from a beauty pageant whose reluctant participants embarrass the organizers to a lottery from which nearly all the prizes are pilfered. Presumed to be a commentary on the floundering Czech leadership, the film was “banned forever” in Czechoslovakia following the Russian invasion and prompted Forman’s move to America.

"In 1967, the year before Soviet tanks rampaged through Czechoslovakia, the Czech director Milos Forman subtly, scathingly used the premise of a quaint provincial party to mock the Party." - Richard Brody, The New Yorker

"It is a relief to find a director who doesn't force his material, who trusts us to understand what's funny without being told." - Roger Ebert, The Chicago Sun Times