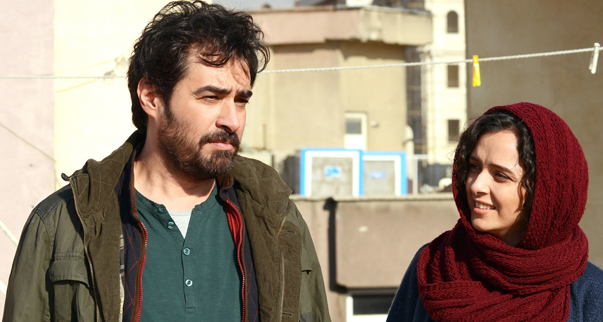 
After their old flat becomes damaged, Emad (Shahab Hosseini) and Rana (Taraneh Alidoosti), a young couple living in Tehran, are forced to move into a new apartment. However, once relocated, a sudden eruption of violence linked to the previous tenant of their new home dramatically changes the couple’s life, creating a simmering tension between husband and wife.

"An exquisite, closely studied moral fable about our tendency to confuse love with ownership and our willingness in the face of felt humiliation to disavow empathy, understanding, and concern for our neighbor." - Tirdad Derakhshani, Philadelphia Inquirer

"It's another of the director's analytical but deeply empathetic films about modern Iranian society and what separates men from women and the government from its people." - David Edelstein, New York Magazine