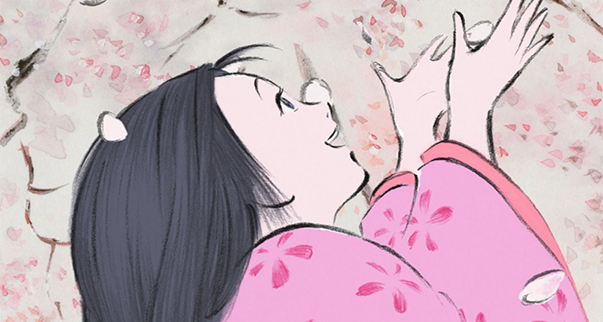 The Tale of the Princess Kaguya


“This is the anime swansong of Studio Ghibli co-founder Isao Takahata. It’s based on an age-old tale of a Thumbelina-like mythical human who is raised by peasants, blossoms into a beautiful princess and moves to the imperial court. It plays out as a wistful, slow-burning romance, underscored with a streak of social satire and animated in exquisitely subtle pastels and watercolours. Drama only erupts in a midway dream scene, which ranks among the most startling sequences in the Ghibli catalogue. Notwithstanding the fact that Takahata stays faithful to the idiosyncrasies of the folk tale, this is not a children’s film. Rather it is an achingly nostalgic meditation on what it means to love, age and depart from this world with dignity. A fitting farewell.” Alex Dudok de Wit, TimeOut.