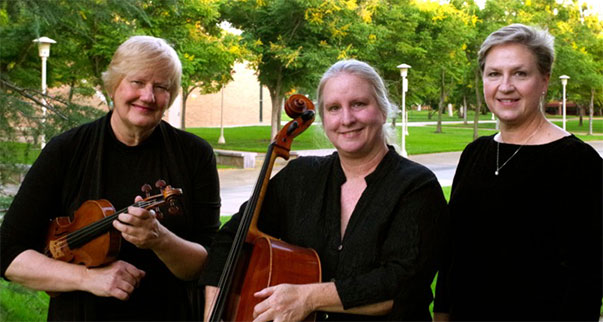 Described by the eminent Sergio Assad as "the most inventive and exciting young guitar ensemble today", Mobius Trio has made it its mission to fully integrate the classical guitar into the 21st century's nascent musical lexicon. The Trio exclusively performs music that they have commissioned; they seek to expand the guitar ensemble's repertoire to encompass all of the myriad currents passing through contemporary art music. Mobius Trio has commissioned over a dozen composers in their first two years of existence, and that pace isn't slowing. ?

?Mobius Trio was formed in 2010 by guitarists Robert Nance, Mason Fish, and Matthew Holmes-Linder while studying at the San Francisco Conservatory of Music. They started things off with a bang, commissioning and learning five pieces within the span of a couple of months, and performing many of those pieces at Washington, DC's Kennedy Center the following April. Matt, Rob, and Mason are all accomplished, competition-winning guitarists in their own right, and they all live and work in San Francisco. When not rehearsing, the group enjoys BBQ, scotch, and hacky sack. ?

Mobius Trio's residency at the Culver includes an exciting public masterclass where UCR student composer works will be read and workshopped. Not only are these sessions an invaluable resource for student composers, but also offer a fascinating glimpse into the creative process for general audiences. Here new playing techniques are tested, phrasing and dynamics are evaluated, and interactive electronics, a hallmark of the UCR digital composition program, are fine-tuned. In this environment, the group will have a direct dialogue with composers that transcends the printed notes on the page. Don't miss this rare behind-the-scenes opportunity!