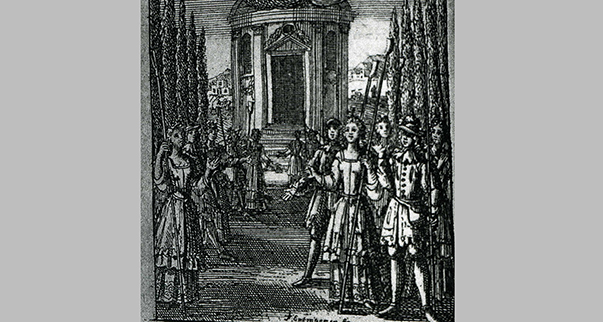 Twilight of The Sun King

A concert of Baroque Dance and Music

TWILIGHT OF THE SUN KING looks back across the long reign of Louis XIV, when France set elite fashion in dance for the whole of Europe.  Savoring dances and music created by the king’s artistic establishments, this concert embodies choreographies that opened court balls, culminated individual acts in 17th-century “French opera,” and took pride of place in the later genre of “opera-ballet.”  Part reverie, part scrutiny, this production links dances and dancing to period concerns, ranging from France’s fortune’s in continental war to people’s forays in love.  Staged by UC Riverside professor Linda Tomko in this 300th-anniversary year of Louis XIV’s passing, TWILIGHT OF THE SUN KING brings together contemporary dancers and musicians skilled in period performance practices, generating vibrant connection with a past time whose legacies still stir Western dance today.


Support has been provided by UCR College of Humanities, Arts, and Social Sciences (CHASS) and the City of Riverside