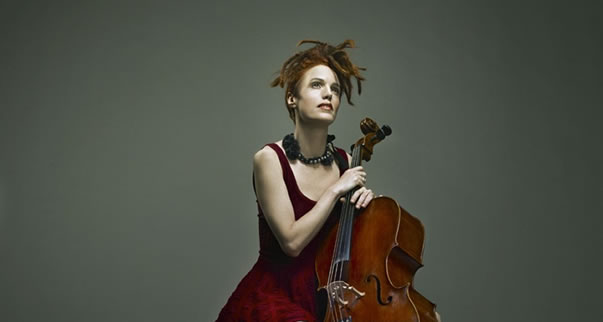 
Armed with just her cello and a small box of electronics, Zoë Keating is a one-woman orchestra. In live time, she records layer upon layer of cello using a computer and an array of pedals to transform her solo performances into lush and beautiful multipart works. A wiz at combining tech, musical virtuosity, and self-promotion, she has over 1.3 million Twitter followers and her self-released albums have sold over 35,000 copies. Her enterprising instincts for merging technology and composition have helped her achieve fandom in the world of independent artists while landing her an arts grant from The Creative Capital Foundation (2009), and a place at the World Economic Forum as one of their young global leaders (2011).

As a cellist and arranger, she writes for film, TV, and ballet, and has worked with a wide range of cutting-edge artists including Imogen Heap, Mark Isham, Curt Smith, Amanda Palmer, DJ Shadow, Pomplamoose, Paolo Nutini, members of the rock-cello trio Rasputina, and the creators of WNYC's Radiolab. Her latest album, "Into The Trees" (2010), released independently, topped both the Billboard and iTunes classical charts, further strengthening her credentials as a successful role model for the independent woman artist of today.

Seating: There are no assigned seats and no tickets will be issued. Admittance for this concert will be on a first come, first served basis. We recommend all attendees arrive early for performances they wish to attend.