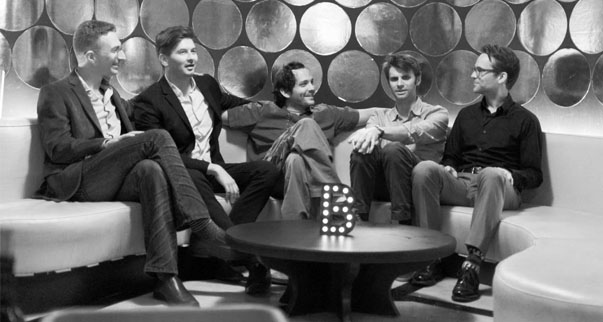 
The B Band is a new music project from composer and percussionist Ben Phelps, specializing in new, electric chamber music. The B Band is a "classical band," equally at home, in the nightclub, or the concert hall, working at the boundaries of modern instrumental music in America. The members of B Band are all accomplished and virtuosic musicians in their own right, with performances across genres and concerts around the world. The B Band's eclectic programming features new works by some of the most interesting composers working today, as well as iconoclastic arrangements and recompositions of music from classic film scores to Mahler.