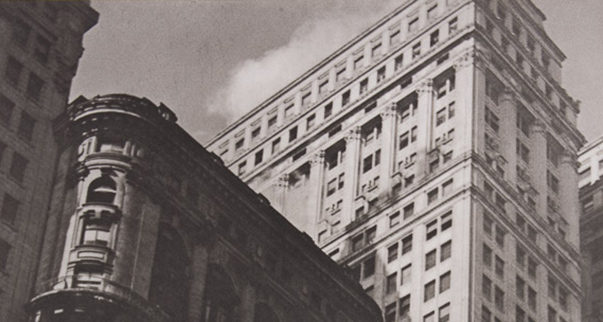 
On Saturday, February 20 the University of California, Riverside’s ARTSblock will host a free public print viewing from 2-5pm.  The display will feature photographic prints and stereographic views of New York City from the early twentieth-century by a variety of artists.  The photographs capture the city at a pivotal moment of transformation when inhabitants were coming to terms with new visions and experiences of the modern metropolis.  Photography, with its portability and ease, proved to be a favored medium for artistic visionaries of the time and served to produce memories of a modern city frozen in time.

This print viewing is presented by Sara Greenberg, a Fellow in the Gluck Fellows Program of the Arts at UCR